Feelings of isolation, loneliness, anxiety, fear and emotional distress are part of the human condition, and many people develop coping mechanisms to maintain their everyday life. Mental illness occurs when those feelings become overwhelming, compromising one’s ability to cope.1 Mental illness is pervasive in Canada and affects everyone, either personally or through family, friends and colleagues. Statistics Canada reports that 2.8 million people or 10.1% of Canadians aged 15 and older reported symptoms consistent with at least one of six mental and/or substance use disorders in the past 12 months including major depressive episodes, bipolar disorder, generalized anxiety disorder and abuse of or dependence on alcohol, cannabis or drugs.2

Mental health is a family of hidden illnesses. Many people attempt to suppress what they are feeling, avoiding treatment or confiding in friends and families to avoid the stigma of mental illness, so care is difficult. Further complicating treatment is the complexity of the brain, the confusion around an illness that occupies a person who appears physically healthy, and the relatively arbitrary categorizations of mental illness by American Psychiatric Association’s Diagnostic and Statistical Manual of Mental Disorder, despite its fifty years 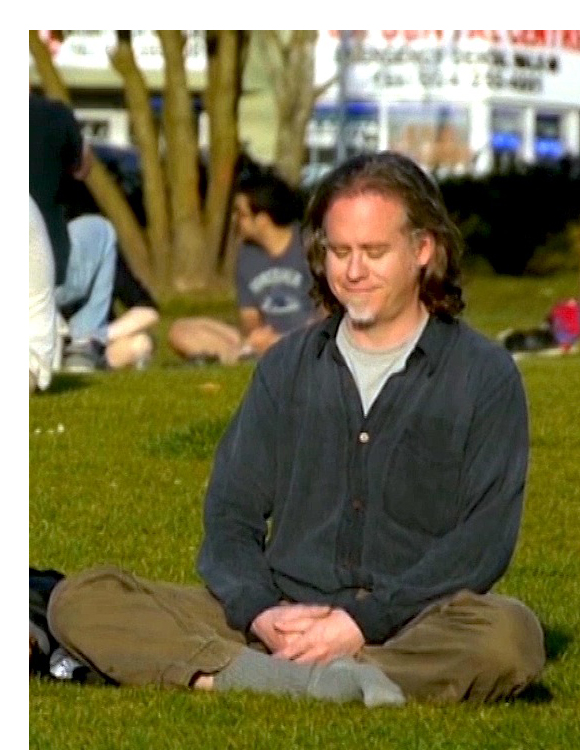 of effort.3 Of the people who experienced mental illness in Canada, 600,000 had an unmet need for mental health care and 1,000,000 had a partially met need.4

Why is mental health so stigmatised? Psychologist and theologian, Marcia Webb, suggests that “[a]s a society, we shy from reminders of our frailty. If persons with mental illnesses are conceptualized as separate – as invisible within, or as intruding upon – mainstream society, then mainstream society may deceive itself and imagine that mental illness does not reflect universal truths about the human condition.” 5

At the same time, there may be a link between creativity and mental illness - noting Aristotle’s ‘melancholic genius’ or the relationship between madness and artistic expression as manifested through the psychiatrist Prinzhorn’s influence on expressionism and surreal artists.6 Novelty can arise from disordered thinking, unusual associations and maniform thought, all of which can give rise equally to suffering and human culture.

Jodi Mucha is the Executive Director of BC Healthy Communities, a BC-based provincial not-for-profit organization that delivers capacity building services to communities and local governments for building healthier, resilient, sustainable communities. Jodi brings extensive experience in community engagement, partnership development and multi-sectoral collaborations. With expertise in both environmental sustainability and health promotion, Jodi brings a 'systems thinking' lens to the research, policy and practice work at BC Healthy Communities. Using the Healthy Communities approach to guide all of their work allows Jodi and her team support communities to learn and think about complex community issues in a holistic and comprehensive way.

Paul Allison is originally from Cornwall, England and is passionate about nurturing people and communities to help them grow and thrive. When he immigrated to Canada in the early 1980’s he started to pioneer and explore the relationship between people and plants and to help improve people’s lives one garden at a time. Paul is said to have the hands of a gardener, the mind of a scientist and the vision of an artist, all firmly rooted in the heart of a naturalist. He enjoys teaching and sharing his passion for the health benefits of landscapes and has lectured extensively in North America, Asia, and Europe.

Dennis Foon was co-founder of Vancouver’s acclaimed Green Thumb Theatre and served as Artistic Director for 12 years, where he began writing a body of groundbreaking plays, including New Canadian Kid, Skin, and Mirror Game, that continue to be produced internationally in numerous languages and for which he has received the British Theatre Award and two Chalmers awards. He was made a lifetime member of the Playwrights Guild of Canada for his “outstanding contribution to Canadian Playwriting and Theatre.” He wrote the screenplay for Life Above All, which premiered at the 2010 Cannes Film Festival, winning the Prix Francois Chalais and made the Oscar shortlist for Best Foreign Language Film. He has received a Gemini, three Leos, and two Writers Guild Awards for his screenplays, including A Shine of Rainbows; Little Criminals; Torso; and The Terry Fox Story.

Peggy Taillon has led the Canadian Council on Social Development (CCSD), Canada’s longest established social policy and research organization, through an unprecedented period of renewal since 2008. Peggy is also a Private Consultant who specializes in Health and Social systems development. She also advises and works with all levels of Government. A passionate advocate for equality and social justice, Peggy and her team at CCSD organized the inaugural Canadian Social Forum in Calgary in 2009 and most recently they are leading the national fight to restore Canada's long form census an essential tool for social development. Immediately prior to CCSD, Peggy served as the Senior Vice-President at The Ottawa Hospital, and was previously Executive Director of Ontario's Mental Health Implementation Task Force. Today Peggy's diverse voluntary roles include the International Initiatives for Mental Health and Disability Leadership, the Inner City Health Project, Vice Chair of the Ontario Accessibility Secretariat Advisory Council and the Co-Chair of the Canadian Council on the Social Determinants of Health under the Public Health Agency of Canada, a member of the Health Professions Regulatory Advisory Council and the Service System Advisory Council of The Mental Health Commission of Canada. Peggy founded HERA Mission of Canada that undertakes many development projects empowering women and children in Western Kenya. She is the recipient of CTV Amazing People of the Year 2012. Originally from the small northern Ontario town of South Porcupine, Peggy was educated in Toronto and Ottawa and holds degrees in Social Work and Law, as well as advanced diplomas in mediation and negotiation. Peggy is most proud of her role as an adoring mother of her beautiful young son, Devlin.

Ashlee Cunsolo Willox is an Assistant Professor of Community Health in the Nursing Department, cross-appointed with the Indigenous Studies Department, and holds a Canada Research Chair in Determinants of Healthy Communities. She received her BA (Honours) and PhD from the University of Guelph, and completed a Postdoctoral Research Fellow at McGill University in the Climate Change Adaptation Research Group. Her community-based participatory research examines the overlapping connections between environment, place, culture, and health, particularly within the context of rapid change.

PlanH is a program that supports local government engagement and partnerships across sectors for creating healthier communities by recognizing that community policy, plans, and decisions health and well-being. This section details the importance of parks and greenspace for human health and well-being.

BC Healthy Communities are running an initiative in the Gorge-Tillicum area of Victoria, entitled Trust Us, that aims to bridge the gap between youth and seniors through a series of dialogues and community projects. This video provides more information on the project, and this video conveys the project's vision.

This report, entitled Building Healthy Communities at the Intersection of Chronic Disease Prevention and Climate Change, was prepared by BC Healthy Communities and details recommendations for integrated approaches to improving health and equity while preparing for climate change. The report refers mostly to physical health; however, physical health is intimately linked with mental health and issues specific to mental health (such as stress) are addressed.

This interview with Professor Alejandro R. Jadad, physician, educator, researcher and public advocate, provides insights on living a long, healthy, and happy life, full of love, and with no regrets.

This article discusses the results of poll commissioned by the Canadian Hospice Palliative Care Association on Canadian preferences in terms of being able to select a location where one receives pallative care.

Loneliness: Human Nature and the Need for Social Connection is a video featuring Dr. John Cacioppo, Tiffany & Margaret Blake Distinguished Service Professor (University of Chicago), discussing his research on the influence of the social context on human health.

Head Space is a video created through a partnership between the Community Research Connections program and students of Royal Roads University's Professional Communications program, which was designed as an evocative expression of mental health and community well-being.