A multi-functional space can be described as a true integration of different functions in time and space (Brandt & Vejre, 2004). This is different from mixed-use development that compartmentalizes the various uses within a community or a landscape. For example, implementing multi-functionality within communities creates spaces that have multiple purposes. Due to their access to diverse uses in one place, these spaces can contribute to a community’s vitality. As well, these multi-functional amenities often appeal to diverse community members, including activists, artists, academics and social entrepreneurs, allowing them to act as incubators for new ideas, knowledge exchange, shared experience and experimentation. This connection of diverse communities can inspire innovative thinking and provide opportunities for collaboration and partnerships across traditional boundaries. 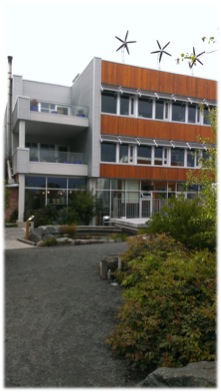 Two examples at the building level are the Centre for Social Innovation in Toronto and the Hive in Vancouver.

The Forks is an example of a successful multi-functional space in Winnipeg that was developed through a carefully planned riverside public site in the heart of downtown and includes a farmer's market, a variety of restaurants, a non-profit children's theatre and public entertainment. Another example, the High Line in New York City incorporates public art and programs, local vendors, community spaces and the natural environment into a public park that is visited and used by thousands of people each day, residents and tourists alike. The High Line particularity highlights regeneration of dead space and multi-functionality design, as it was built from a derelict freight rail line above the streets that was going to be demolished on Manhattan's West Side.

Our third Solutions Agenda e-Dialogue brings together leading innovators and planners behind multi-functional spaces in Canada with the CRC research team to discuss what worked and didn’t work, and how to increase adoption of these types of spaces in Canadian communities. We will explore three multi-functional spaces—the revitalization of a derelict industrial park and waterfront, the development of a creative social hub and a local community economies of scale.

The Centre for Social Innovation (CSI) provides a dynamic coworking space whose mission is to catalyze, connect and support new ideas that are changing the world. CSI acts as a community centre for social innovators and provides a platform, the space, relationships and knowledge to accelerate social mission organizations.

The concept behind CSI began in 2003 in Toronto when a group of entrepreneurs—Tonya Surman of the Commons Group, Margie Zeidler of Urbanspace Property Group, Mary Rowe of Ideas That Matter, Pat Tobin of Heritage Canada and Eric Meerkamper of DECODE—began imagining a new model for shared workspaces for social innovators. Through funding provided by the Zeidler, The Ontario Trillium Foundation and the Harbinger Foundation, the Centre for Social Innovation established a space on Spadina Avenue that provided space for 14 tenants. The model was successful and appealing to the local community, and thus CSI expanded their space in late 2006 to include an additional 14,000 sq ft. By the March 2007, CSI housed 180 social mission groups that ranged in focus from arts and environment to social justice and education. CSI currently provides shared space to over 350 social mission groups, across 4 locations (three in Toronto and one in New York City).

The Port Clements multi-purpose building opened in April 2009 at a total expense of approximately $4 million. The building houses Municipal offices and Council Chambers, a library space shared by both the Vancouver Island Regional Library (public library) and School District #50, a Seniors meeting room / multi-purpose community room, a community kitchen, a daycare room and the Port Clements Elementary School classrooms (K-7). Those who visit the building range from toddlers in daycare to Seniors, and this inclusivity helps strengthen community ties and provides cross-over events, such as Senior’s involved in Day Care activities, children involved in Senior’s activities, etc. In addition, the sharing of space allows for shared operational costs and creates reduced overhead costs which provide ongoing long term benefits, and money saved can then be redirected towards other community initiatives.

The impetus for the multi-purpose building was the fact that the Village of Port Clements had activities spread around town in several different aging pieces of infrastructure such as the Village offices, the Recreation Centre offices, the public library, Senior’s centre, cub hall and meeting rooms. These various buildings were old, not efficient and all in need of major repairs just to bring them up to the current building code. Building a multiplex unit that replaced all the aging infrastructure increased usable space, supported regional growth strategies and reduced operating costs as well as provide a space that would be suitable to use as an Emergency Evacuation Centre if the need arose. In addition, the local Elementary school was also operating out of an old building in a poor state of repair that was too large for their current and anticipated future enrollment, and a preliminary budget showed that seismic and mechanical upgrades to this building would cost over $1.5 million. In 2006, a study was completed that determined that it would be cost effective for the School to be included in the multiplex design.

Granville Island, 17ha in area, was created by the Federal Government approximately 100 years ago by dredging and filling a sandbar in False Creek in the heart of Vancouver. Industries on the Island supported resource development in British Columbia such as the manufacture of wire rope, chain, drills and saws with raw materials brought to the Island by sea and goods transported off the Island by rail. The active industry shaped the form and development of what was known then as Industrial Island.

After the Second World War, the Island fell into disrepair due to changes in the locational needs of industrial sites, i.e., industrial activity in centralized urban spaces became obsolete. Through the initiative of Ron Basford, Federal Minister for Urban Affairs, an intensive community process brought about the redevelopment of the Island under the direction of Canada Mortgage and Housing Corporation (CMHC). The purpose of the redevelopment is best described by its Mission Statement, derived from the Reference Document prepared by Hotson Bakker Architects (which formed the basis of the redevelopment scheme approved by the City of Vancouver).

To maintain and foster Granville Island as a unique urban oasis in the heart of Vancouver, a place where visitors of all ages and incomes can meet, browse, explore and experience a variety of cultural, recreational, educational, commercial, retail, arts and industrial activities on a year round basis. The Island's special ambiance has been created through joint public, private and non profit enterprises, respectful of its heritage, committed to its excellence and mindful of its promise.

The statement was developed in collaboration with Maurice Egan the Chairman of the Granville Island Trust, an advisory group to the administration of the Island by CMHC. Maurice Egan, previously the Director of the Social Planning Department of the City of Vancouver was a critical mentor in the evolution of the Island at that time.

Shona Fulcher is the Manager of the Centre for Social Innovation Spadina. Shona comes to the Centre for Social Innovation from a background in both the world of not-for-profit associations and also private sector finance.  She brings the knowledge and experience of both these sectors to the challenges of supporting and modeling our ever changing emerging co-working spaces. Shona holds a degree in Peace and Conflict studies and her earlier work experience includes the social services sector with the Ontario Child Welfare Training system.

Kim Mushynsky is the Chief Administrative Officer for the Village of Port Clements, a community of approximately 400 people located on Haida Gwaii, British Columbia. Kim has worked in Municipal government for approximately 9 years and in the accounting side of Administration for over 20 years. She has a Bachelor in Business Administration and has spent the majority of her career working in small, rural and remote locations in Western Canada. Kim enjoy's the intimacy of small town living and feels that it holds her more accountable for her actions as she feels personal and professional boundaries are less defined in a small town.

Gary Hiscox worked as Manager of Granville Island from 1985 to 1990. He was born in a small town in England, and worked as an articled pupil in a country town architects office before becoming a full-time student at the Birmingham School of Architecture and the Birmingham School of Planning. He then worked for two years for the London Borough of Southwark in the Architect and Planning Department on public housing and area revitalization. Gary joined the Canada Mortgage and Housing Corporation (CMHC) in 1966, and he worked as an architect planner across Canada in the Saskatchewan, Nova Scotia, Prince Edward Island and Newfoundland then at National Office in Ottawa before joining the British Columbia and Yukon Regional Office advising on housing, land assembly and urban renewal. He as served as Project Manager for the redevelopment of CMHC veterans housing sites in Kitsilano, Vancouver and New Westminster from 1990 to 1995, and has helped develop design guidelines such as the Site Planning Handbook.

Trashed Space. Nina-Marie Lister, associate professor at Ryerson University, creates an argument for reinventing and revitalizing dead space and supports her discussion with a compelling selection of photographs of urban dead space.

Multi-functional Spaces. Created through a partnership between Community Research Connections and students of Royal Roads University's Professional Communications program, this video explores the roles of multi-functional spaces in communities, specifically by 'unpackaging' the multiple functions of urban community gardens.