An Indonesian tropical rainforest that was given a second chance to thrive offers lessons about regenerative sustainability and gives hope for other damaged rainforests worldwide. After being harvested for timber, a rainforest in Samboja, Borneo went from an ecosystem teeming with biodiversity to a barren grassland. Dutch forester, climate activist and founder of the Borneo Orangutan Survival Foundation, Willie Smits, raised funds and purchased 5,000 acres of the former rainforest with a vision of revitalization. The area was replanted with 1,300 native tree species with a concoction of sugar, excrement, food waste, sawdust and cow urine to enhance plant growth. Over the six-year project, a mature rainforest blossomed with trees towering 35 meters above the ground. The return of the forest brought the return of 9 species of primates including the threatened orangutan, 116 bird species and much more. As Smit reflected, “The place became the scene of an ecological miracle, a fairytale come true.” The impacts of the project extended beyond recovered biodiversity to include increased cloud cover and rainfall, decreased temperature of 3 to 5 degrees Celsius and increased social benefits to local people. Through following proven scientific approaches, utilizing local trees and respecting local people, Smits believes revitalization and regenerative sustainability projects can be successful anywhere. 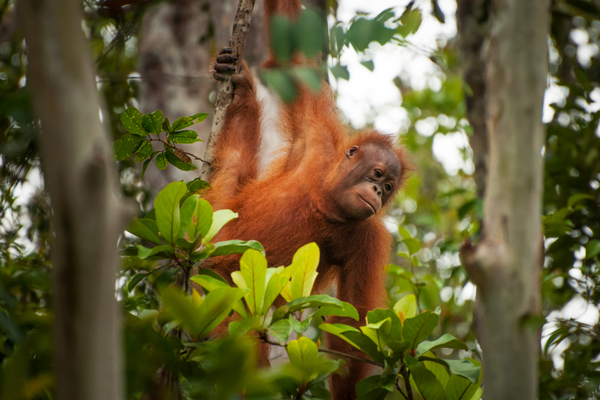 Photo by Damerau from Getty Images/Canva

A Sense of Wonder