A Sense of Wonder

In “The Sense of Wonder,” Rachel Carson (1956) discusses the importance of shared experiences between one adult and one child as they explore the mystery and magic of the natural world. The point is not for the adult to teach but to see the world from the child’s perspective, and to cultivate the emotions and senses of discovery and observation. My research, centered on engagement in the conservation and practice of biodiversity, explores the population that will have the greatest amount of transformative change during my lifetime. David W. Orr (2002) argues that now more than ever we need to build a “child-centered world” (p. 292) in acting for the present for future generations. Providing children with access to nature is one of the ways in which we can do this. Open spaces—often described as waste ground, raw land, vacant lot, and wild areas—are declining and disappearing and cities continue to expand beyond their boundaries. This is what Robert Michael Pyle (2002) calls the “extinction of experience” (p. 312) – a reduction of pleasure from the daily contact of a diversity of rich experiences causing children to become accustomed to homogeneity from local extinctions. This extinction can be intensified especially when children are marginalized along lines of intersectionality. For example, this problem is exacerbated when a child from low socio-economic status also has a disability. Rich experiences, which include “botanical, zoological, cultural, architectural, and social”, are not just important for explorative play where imagination and adventure can be enacted (ibid, p. 312). These experiences can also create “spots of time” (p. 201) in adulthood that draw on these childhood memories and evoke feelings of intense joy, tranquility and love experienced in those moments, according to William Wordsworth (in Chawla, 2002). The starting point for the coupling of responsibility and knowledge stems from these early life experiences (Orr, 2004). I recently hosted a veggie seed starting workshop at my daughter’s preschool. My hope for the lesson was that these feelings that manifested in this nature-building opportunity and others along the road would endure into the future and create more environmentally-minded and nature loving citizens.

Stay tuned for the second part of my blog, where I share my experience working with children on the veggie seed starting workshop!

Carson, R. (1956). The sense of wonder: A celebration of nature for parents and children. New York, NY: HarperCollins. 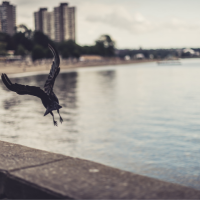 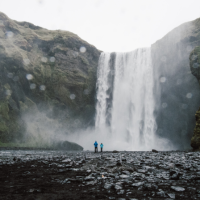