Multi-disciplinary artist, Justin Guariglia, is exploring creative ways to communicate our planet’s changing landscape. Specifically focused on what scientists are calling the emergence of the Anthropocene epoch, his practice embodies the conceptual, physical, and material complexities of this era. He developed a new artistic medium and method called “Plasticine printing” to illuminate the connection between his works and the physicality of their subject. According to his artist biography, he uses inkjet technology to layer acrylic ink that polymerizes when exposed to UV radiation. This trademarked, multi-layered process enables him to create large-scale, durable, 3-dimensional artworks intended to survive as artifacts of our time.

While he’s not the first to illuminate intersections between art and science, he is the first artist “embedded” in a NASA mission. According to this Co.Exist article, NASA’s Oceans Melting Greenland (OMG) Mission is working with Guariglia to reimagine complex scientific data in creative forms to educate the public and potentially stimulate emotional, or even visceral responses. Scientists are also hoping his data visualizations will reveal new information about Greenland’s coastal shape and the interactions occurring between water and ice.

When art is used to express scientific information, it establishes new points of entry or interpretative pathways. In presenting a more comprehensive portrait of the world, 21st century curators are breaking down barriers between art, science, social sciences, the humanities, and technology. They’re also reinventing what it means to be a curator. 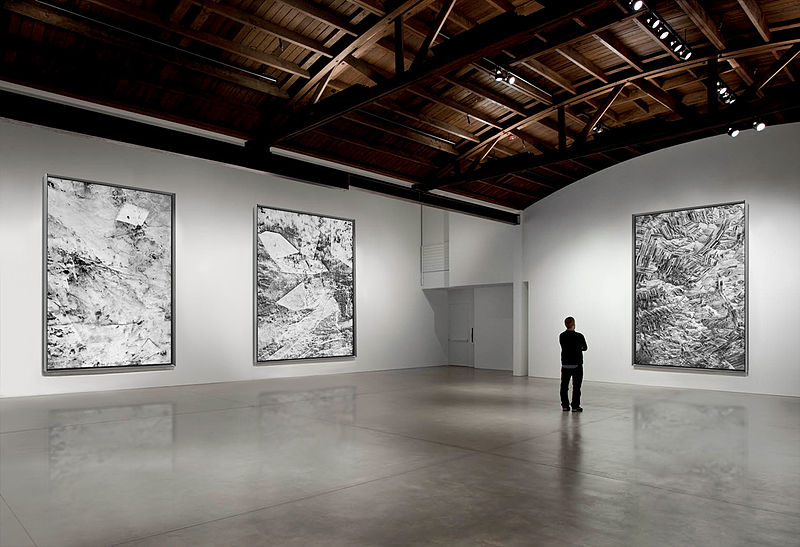