Daniel Barenboim, the Israeli-Argentinian maestro leads his West-Eastern Divan Orchestra this evening in an open-air concert in Berlin. He founded it in 1999 with the late Palestinian-American scholar Edward Said, as an experiment in co-existence. An orchestra alone cannot bring peace, as Mr Barenboim and the more than 100 musicians from Israel and Arab countries concede. But it can further mutual understanding and exemplify the necessary co-operation, patience and courage; the United Nations made Mr Barenboim “messenger of peace”. Tonight’s performance should be especially moving. It takes place in the Waldbühne amphitheatre, near Berlin’s Olympic stadium. Adolf Hitler and Joseph Goebbels had it built in the 1930s, the better to project their propaganda during the Olympic Games that Nazi Germany hosted exactly 80 years ago. What better way to evoke the triumph of humanity over hatred than Liszt and Wagner wafting into the night sky, from this ensemble, in this place? [from the Economist Expresso] 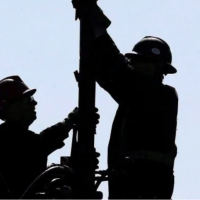 A compassionate letter to the West

There isn't a lot of reasoned discussion about the country right now, with some political leaders…
Reconcilliation

A wise friend once told me I had to read The Economist, and I replied, “whatever for”. She told me…
Reconcilliation

In my introduction and my last chapter of my new book, Edging Forward: Ac
Reconcilliation