Keep Calm and Save Our Biodiversity

Invasive species are one of the key threats to biodiversity and ecosystems. Moving species beyond their historical geographic ranges, whether intentionally or unintentionally, can have dire consequences. Biological invasions are transforming the ranges of many habitats, which consequently helps accelerate climate change. One example of an invasive species that has had catastrophic effects is the Latin American water hyacinth. It was introduced in Africa, Europe, Asia, and New Zealand and now clogs rivers, starves fish of oxygen, and creates breeding grounds for mosquitos.

To help governments tackle the growing threat of globalization of biodiversity, a new registry was launched this month according to this Guardian article. Back in 2006, the Global Register of Invasive Species (GRIS) was developed as a concept and prototype. However, given the fast-approaching Aichi Biodiversity Target 9, the Invasive Species Specialist Group (ISSG) decided to create the Global Register of Introduced and Invasive Species (GRIIS) to help support its achievement. Hundreds of scientists collaborated over the course of 8 years on this evidence-based and country-specific checklist compiling introduced and invasive species.

Target 9: By 2020, invasive alien species and pathways are identified and prioritized, priority species are controlled or eradicated and measures are in place to manage pathways to prevent their introduction and establishment Acting as “a sustainable platform for information delivery to support national governments”, GRIIS is now expected to become the “pillar of international efforts” to fight biodiversity loss and extinction. It will essentially help countries establish early warning and rapid response systems, with the goal of preventing invasive species from entering new regions and causing destruction. So far, data from 20 countries has been released. Data from the remaining 180 nations is set to be released later in 2018. Piero Genovesi, who chairs ISSG, believes this registry will affect trade relations and governmental policies, especially given the rigour of their methodology which is outlined in this Scientific Data paper. To view the full registry, click here.

To learn about the drivers and barriers to the national, regional and local resolution of biodiversity conservation, join our third biodiversity conversation with Women for Nature on Thursday, February 22nd. Click here to learn more. 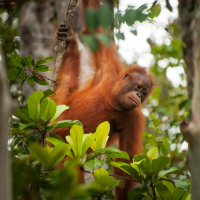