Canadian Parks and Wilderness Society (CPAWS) recently released a report outlining a major shift in Parks Canada’s management of our national parks. This news ignited much public discussion on Monday after trending on Twitter. According to a CBC article, the CPAWS report states that the agency is focussing its efforts on marketing, tourism, and infrastructure development in favour of protecting nature. It also notes that less public consultation and more behind-closed-door decision-making are occurring. These actions directly contradict existing policies and legislation specifically designed to limit development and conserve ecological integrity. This dramatic shift has largely occurred over the last ten years, most notably since 2012 when Parks Canada saw budget cuts. In response, they cut their conservation work by 31% and increased staff in the visitor experience program by 9%. CPAWS concludes the report with recommendations addressing these issues while calling for a refocus on conserving nature. They also suggest that Parks Canada be more open, transparent, and accountable in their decision-making and for the government to restore science funding. “It’s really about making sure that we don’t love our national parks to death”, states Alison Woodly, the national director of the parks program with CPAWS and author of the report.

Check out the full report on the CPAWS website. 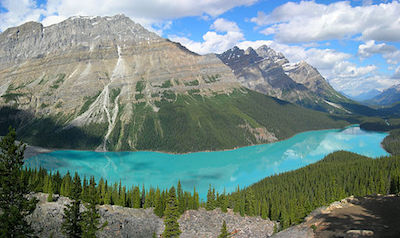