Dane-zaa First Nations artist, Brian Jungen, sees more than just the mundane everyday objects that clutter our homes. He sees representations of culture and reflections of values. He sees inauthenticity in mass produced goods contrasting rare, significant ceremonial objects. According to this Smithsonian Magazine article, Jungen considers his practice as a "return to the use of whatever a Native American artist has at his disposal”. He credits his relatives and their upcycling habits as inspiration for his resourcefulness. His work also echoes the traditions of the “Found Art” or “Readymades” movements pioneered by Andy Warhol and Marcel Duchamp who flipped the art world on its head after assigning artistic merit to “mundane” objects. Drawing attention to the culture of commodification and post-industrial consumerism, Jungen has transformed everyday goods into breathtaking works of art.

Jungen's series of large-scale whale skeleton sculptures reminiscent of those found in natural history museums are meticulously crafted from trashed curbside patio furniture. His most famous works transform red, white, and black Nike Air sneakers into intricate masks evoking Haida aesthetics. These sculptures are simultaneously “fake and authentic, playful and political, common and extraordinary” as described in his exhibition, Strange Comfort, at the National Museum of the American Indian (NMAI) from 2009-2010. 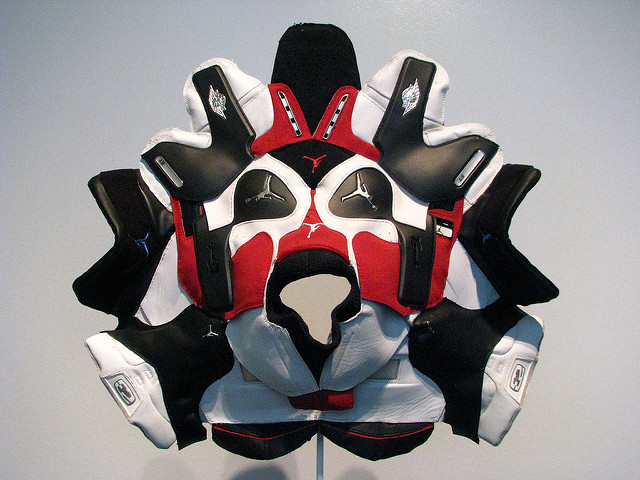 Yesterday, we had the pleasure of attending a guest lecture by the renowned communications scholar…
Creativity