I have been involved in organizing urban agriculture projects for the past ten years. When I moved to London from Halifax, I heard that there was an urban agriculture conference organized by a new citizen group: Friends of Urban Agriculture London (FUAL). I was eager to get my hands dirty after a two-year maternity leave, so I joined the Food Forest Committee. The phrase ‘Food Forest’ sounded abstract and interesting, and I knew it was somehow connected to Permaculture, which I have been trying to execute in my own garden space. So I joined the committee as a member, which later transitioned to me being the organizer of the committee.

FUAL was created with the intention of building a network of people interested in urban agriculture initiatives, to kickstart projects, distribute urban agriculture related information, and to advocate for new policies and bylaws in the City. So far, FUAL members have been successful in influencing the City’s new urban agriculture strategy, which is still in its early stages. 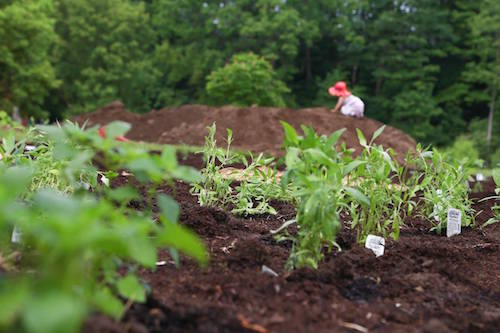 Stay tuned for my next post in this special blog series featuring the Gibbons Park Montessori School Food Forest Project.

Check out my two previous blog posts from the series: