There were two books in the 1970s that greatly influenced my thinking and endured my commitment to the environment--Limits to Growth and Small is Beautiful. This video is a short documentary on Schumacher, who wrote Small is Beautiful. Schumacher, one of Britain's leading economists began to think about the nature of our growth and what it was doing to humanity, thus, the genesis of his book. He quickly went out of 'vogue' by challenging the dominant economic paradigm, but as some of his predictions came true, notably predicting the energy crisis 18 years before it happened, many came to consider his point of view.

As many of you know,  my Chair is exploring the relationship between meaning of place, scale, limits and diversity, and Schumacher's work fundamentally questions the scale of human activities. He claims the real problem is not technical or scientific, it is philosophical, and we have also asked the question why human activity systems seldom move to optimal scale, tending to maximal.

Schumacher poses some interesting questions in the video, and one we have been puzzling over as well lately. What is progress when we were able to build magnificent cathedrals in the 17th century, and today, we are having trouble even maintaining them?

Our question is why did we have money in the 1950s to build infrastructure, to regnerate places such as Granville Island in the 1970s, and today, in spite of continuing growth, there is no longer money to maintain critical infrastructure, there is millions of dollars of deferred building maintenace in this country? And why does it costs millions and millions of dollars to build anything?

There seems to be some connection between scale, simplicity versus complexity, and our ability for social innovation?  What is the difference between growth versus development? How has the nature of our growth changed qualitatively? Have we lost genunine productive capacity from our economic system? Can our economic system be characterized as a credit fuelled expansion model and what does that mean for society? What is progress without sustainability? 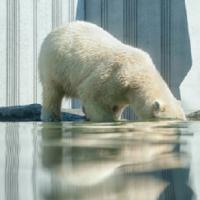