Wendell Berry, From The Long-Legged House (1969)

The final report from The Rockefeller Foundation–Lancet Commission on Planetary Health has both good news and bad news. By almost any measure, human health is better now than at any time in history. Life expectancy has soared from 47 years in 1950–1955, to 69 years in 2005–2010, and death rates in children younger than 5 years of age have decreased substantially, from 214 per thousand live births in 1950–1955, to 59 in 2005–2010. But these gains in human health have come at a high price: the degradation of nature’s ecological systems on a scale never seen in human history. A growing body of evidence shows that the health of humanity is intrinsically linked to the health of the environment, but by its actions humanity now threatens to destabilise the Earth’s key life-support systems.

They conclude that the continuing degradation of natural systems threatens to reverse the health gains seen over the last century. In short, we have mortgaged the health of future generations to realise economic and development gains in the present. If we need more evidence that we need to get our elected officials to get moving in exceptional action, this is it. 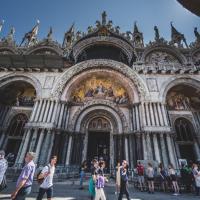