I don't know how many of you have read the recent report in the newspapers about the "Environmentalist's paradox gets global attention." A researcher at McGill University published a paper in BioScience about the paradox that although humans are having a negative impact on the environment (60% of the planet's ecosystem services are already heavily degraded), human well-being in terms of literacy, life expectancy, income and so forth has risen steadily since the mid-70s across the globe.

This shows our fundamental failure to understand the complexities of the social imperative of sustainable development, and to understand how critical integrated decision-making that reconciles ecological, social and economic imperatives is to our future. Given the absolute levels of poverty and illiteracy in the developing world, of course, there has to be an improvement, and it is always at the cost of the ecosystems on which we depend for our livelihood. Similarly, the economic system has persistently lived off declining ecological systems for the last century. But, are we asking the right social questions?

Yes, people are living longer, but has our quality of life improved? Are the rates of cancer increasing and in what populations (some evidence that it is increasing expotentially in younger people)? What is the cost to human innovation and civil society when so many resources are used to fight diseases caused by our increasing degradation of the environment? What do our current rates of depletion of natural resources mean for our children's future? Is there greater income disparity in both developed and developing countries? What does this disparity mean for peace and security? Has the role of women improved worldwide? Has malnutrition in children decreased? Is there a fundamental maldistribution of resources worldwide and what are its costs to human society?

So, I question the premise that human beings are thriving like never before, as stated in the Ottawa Citizen this week in their review of the article. The frog sitting in a slowly boiling pot of water is also content. 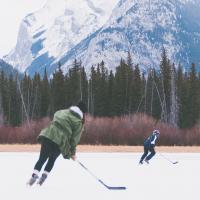 Environmentalists have argued that ecological degradation will lead to declines in the well-being of people dependent on ecosystem services. The Millennium Ecosystem Assessment paradoxically found that human well-being has increased despite large global declines in most ecosystem services. We assess four explanations of these divergent trends: (1) We have measured well-being incorrectly; (2) well-being is dependent on food services, which are increasing, and not on other services that are declining; (3) technology has decoupled well-being from nature; (4) time lags may lead to future declines in well-being. Our ﬁndings discount the ﬁrst hypothesis, but elements of the remaining three appear plausible. Although ecologists have convincingly documented ecological decline, science does not adequately understand the implications of this decline for human well-being. Untangling how human well-being has increased as ecosystem conditions decline is critical to guiding future management of ecosystem services; we propose four research areas to help achieve this goal.