Wood Buffalo National Park was established in 1922 to protect the last remaining herds of Bison in Northern Canada. As the country's largest national park, it also has UNESCO World Heritage status. However, an exhaustive report concluded that almost every aspect of its environment is deteriorating, now threatening that very status. The study examined 17 measures of environmental health and concluded that 15 are in decline. According to the Ottawa Citizen, “industry, dams, climate change and natural cycles are sucking the watery lifeblood from the vast delta of northeastern Alberta’s Peace and Athabasca rivers.” These factors have caused bison habitat to shrink and invasive species to replace native vegetation.

One noteworthy feature in the report was the 50-page citation list, as it drew on decades of research. This illuminates how disparate these studies were as they all took place independent of each other. A key lesson from this is the critical need for integrated decision-making and planning, especially since no one had put together all this research until now.

To learn more about integrated planning and decision-making, check out our Integrated Community Sustainability Plans in the province of New Brunswick case study. 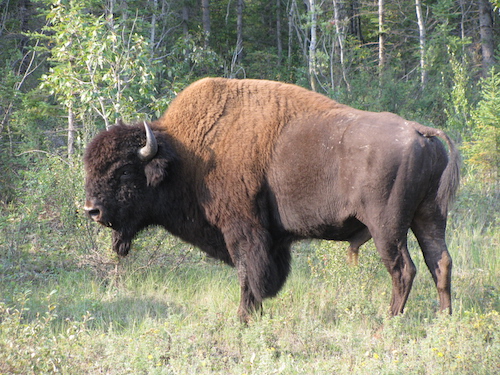 Image by Dru! via Flickr under Attribution-NonCommercial 2.0 Generic (CC BY-NC 2.0)