Bateman Conversation - Progress and Growth in the 21st Century

What is the meaning of progress and growth in the 21st century?

"There is more to life than increasing its speed."
- Mahatma Ghandi

This conversation will explore the idea of community growth in modern times and discuss how it relates the prosperity of societies. Does economic growth need to continue in order for our societies to flourish? When is ‘enough’ enough? What does it truly mean to make ‘progress’? This conversation will examine our traditional thinking that our progress is based on continual growth and compare it with a more unconventional idea that prosperity could possibly emerge from ‘de-growth’. With increasing pressure on environment, economy and society, it is time we ask; what is the meaning of progress and growth in the 21st century?

Professor Ann Dale, Moderator, holds a Canada Research Chair in Sustainable Community Development at Royal Roads University, School of Environment and Sustainability. A former Trudeau Fellow Alumna (2004), she is a Fellow of the World Academy of Arts and Science, chairs the Canadian Consortium for Sustainable Development Research (CCSDR), a Board Member of the World Fisheries Trust. and the founder of the National Environmental Treasure (the NET). Current research interests include governance, social capital and agency, biodiversity conservation, place-based and virtual sustainable communities. She is a recipient of the 2001 Policy Research Initiative Award for Outstanding Contribution to Public Policy for her book, At the edge: sustainable development in the 21st century. Professor Dale is actively experimenting with research dissemination and social media, and has recently launched HEADTalks. 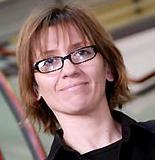 Dr. Sonja Novkovic (Ph.D. McGill University) is a Professor of Economics at Saint Mary's University. Her research interests are in the field of labour-managed and cooperative firms, and comparative economic systems. She is teaching in the Masters of Management for Cooperatives and Credit Unions (MMCCU) program at Saint Mary's, as well as the Economics Department. She is a past president of the International Association for the Economics of Participation (IAFEP) and Vice President of the Canadian Association for Studies in Cooperation (CASC). 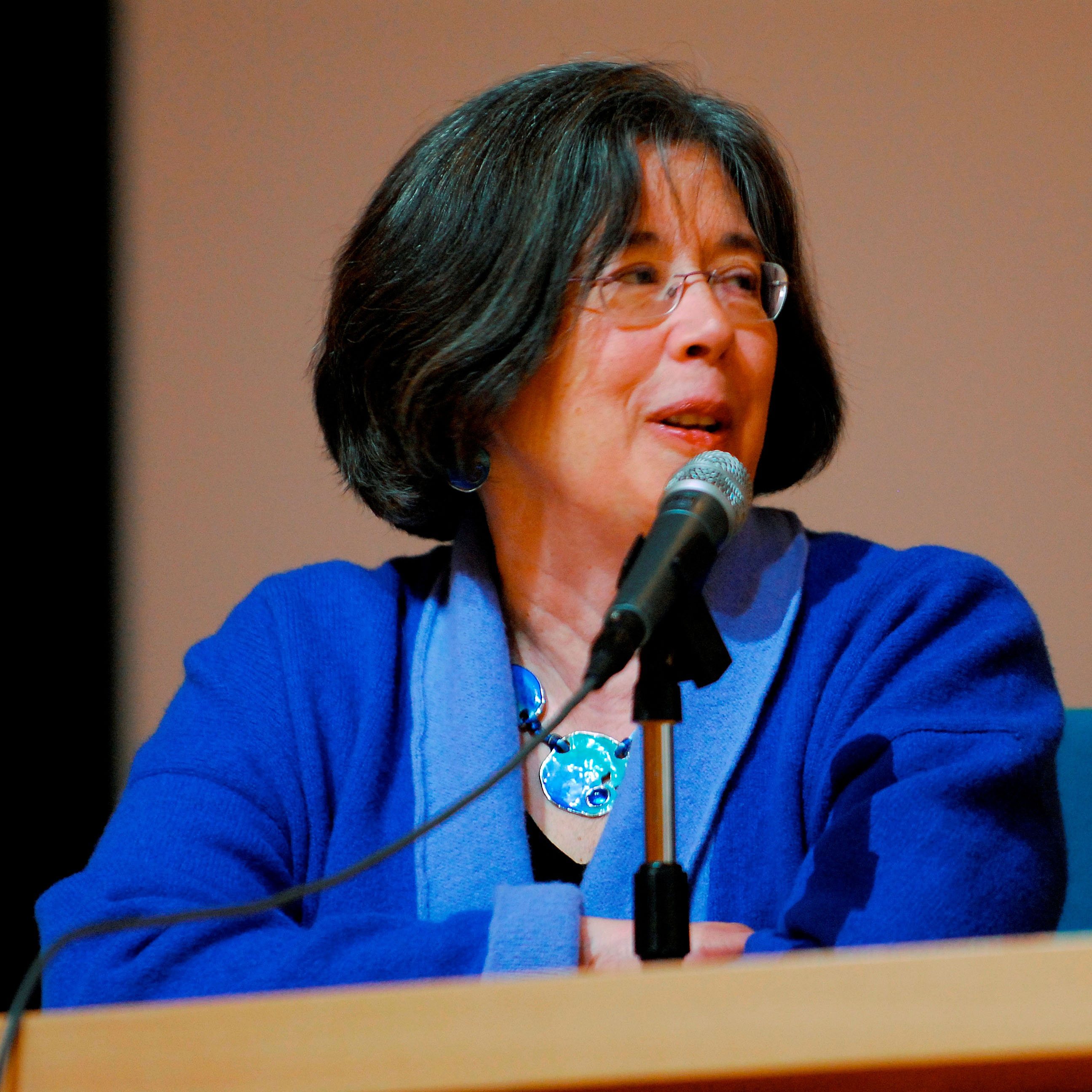 Dr. Frances Westley is the JW McConnell Chair in Social Innovation at the University of Waterloo, where she heads up Social Innovation Generation (SiG), a national initiative designed to build capacity for social innovation in Canada. Before joining University of Waterloo in 2007, she was Director of the Gaylord Nelson Institute for Environmental Studies at University of Wisconsin, Madison. Her research, writing, and teaching, centers on social innovation in complex problem domains; with particular emphasis on leadership and managing strategic change. She has published widely in the areas of social innovation, building resilience of linked social-ecological systems, new forms of knowledge generation, managing uncertainty and change in high risk situations, multi-stakeholder collaborations and visionary leadership. In 2004 she published Experiments in Consilience (Island Press), which focused on the dynamics of inter-organizational and interdisciplinary collaboration in the management of ecological and conservation challenges. Her most recent book entitled Getting to Maybe (Random House, 2006) focuses on the inter-relationship of individual and system dynamics in social innovation and transformation. She serves on numerous editorial and organizational boards including: Ecology and Society, Journal of Applied Behavioral Science, Stockholm Resilience Center, CBSG/IUCN, Evergreen, National Advisory Board NSF-LTER. Dr. Westley received her PhD and MA in Sociology from McGill University. 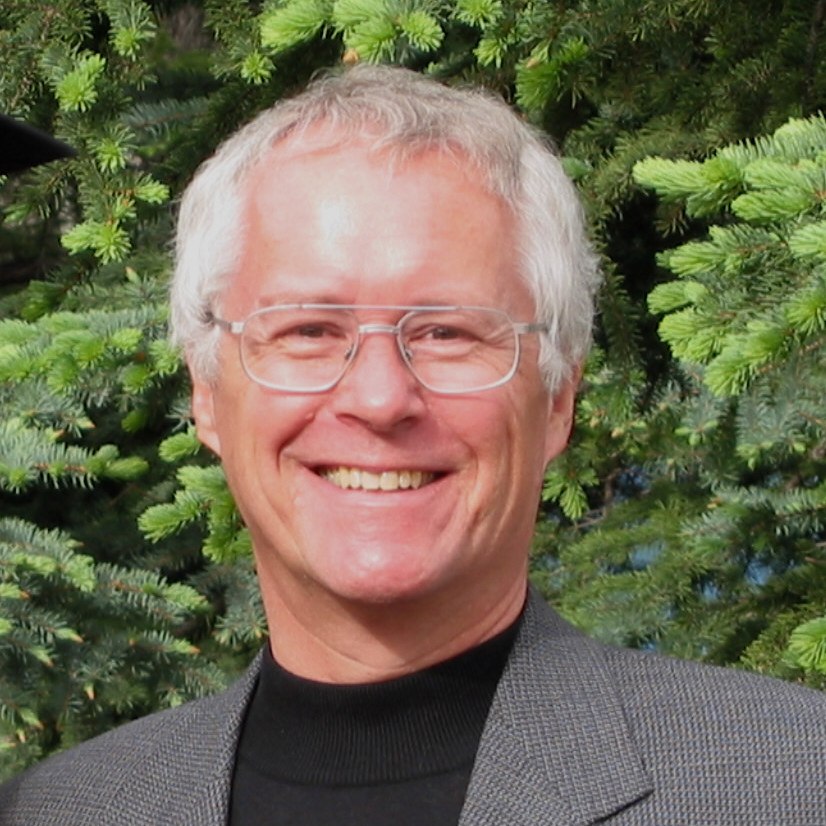 Mark Burch is an author, educator, and group facilitator who has practiced simple living since the 1960s, and since 1995, offers presentations, workshops and courses on voluntary simplicity. He is the retired Director of the Campus Sustainability Office for The University of Winnipeg, former Co-Director of the Simplicity Practice and Resource Centre, and is currently an Instructional Fellow with the Canadian School of Peacebuilding in Winnipeg, Manitoba. He has been a featured guest on CBC-TV Man Alive, and What On Earth?, CBC Radio Ideas, Vision TV’s The Simple Way, and a radio columnist on Discovering Simplicity for CBC-Winnipeg. Mark has published four books on voluntary simplicity, and is currently completing his fifth and sixth books: Mindful Sufficiency: The Inner Road to Sustainability and The Simplicity Exercises: A Sourcebook for Educators in Simple Living. 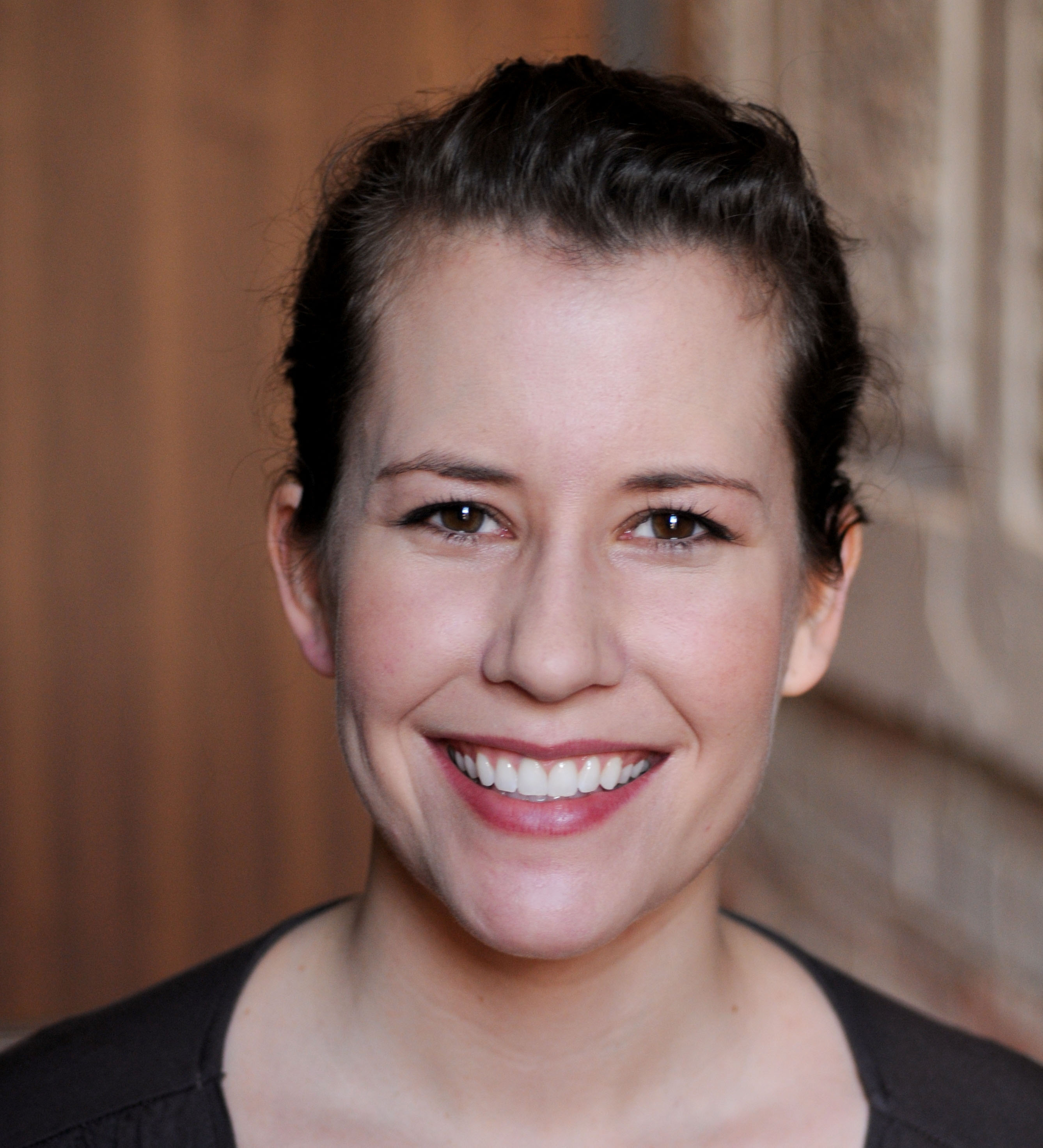 Sarah Burch is a cross-appointed Research Associate at Royal Roads University and the University of British Columbia, and a Visiting Research Associate at the University of Oxford’s Environmental Change Institute. She focuses on urban climate change governance, with an emphasis on practical, integrated approaches to sustainability. Sarah holds a PhD in Resource Management and Environmental Studies from the University of British Columbia, Canada. She was a Contributing Author to the Fourth Assessment Report of the Intergovernmental Panel on Climate Change, in both Working Group II (Impacts, Adaptation and Vulnerability) and Working Group III (Mitigation of Climate Change).  Sarah’s current work includes “Meeting the Climate Change Challenge,” co-led by Profs. Ann Dale and John Robinson, which explores the dynamics of potentially transformative community-level innovation in response to climate change. Sarah also co-leads the “Novel Multi-sector Networks and Entrepreneurship” (NMNE) project, which investigates the drivers of emerging partnerships between the private and public sectors in the interests of climate change mitigation. Sarah writes and teaches about holistic and equitable strategies for building resilient, low-carbon communities. 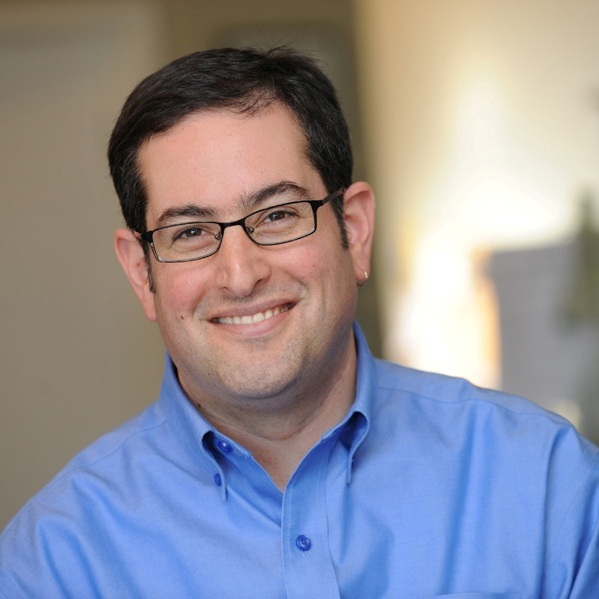 Seth Klein is the British Columbia Director of the Canadian Centre for Policy Alternatives, a public policy research institute committed to social, economic and environmental justice. Seth was hired to open the CCPA’s BC Office in 1996. Under his direction, the CCPA–BC Office has grown to 14 employees, approximately 4,000 members, and publishes regular research reports on topics such as taxes, minimum wages, poverty and inequality, resource and environmental policy, climate justice, health care, public education, globalization, and the BC economy. Seth is an advisory board member for the Columbia Institute’s Centre for Civic Governance, and a co-founder and instructor for Next Up (a leadership training program for young people committed to social and environmental justice). He is the co-chair of the BC Poverty Reduction Coalition, a board member of the Canada Without Poverty Advocacy Network, and on the Advisory Committee of the Metro Vancouver Living Wage for Families campaign. Seth has been listed by Vancouver Magazine as one of the 50 most powerful people in the city, and by Homemakers Magazine among the “60 men we love.” He does not know how he ended up on either list, but he humbly accepts the latter.

Peter Brown is a Professor in the School of Environment, and the Departments of Geography and Natural Resource Sciences at McGill University. He is a graduate of Haverford College, Union Theological Seminary, and holds a Ph.D. in philosophy from Columbia University. Before coming to McGill he was Professor of Public Policy at the University of Maryland’s graduate School of Public Affairs which he founded. Recent books include: The Commonwealth of Life: Economics for a Flourishing Earth; Right Relationship: Building a Whole Earth Economy; and Water Ethics. Professor Brown is involved in tree farming and conservation efforts in Maryland, Maine, and Quebec. He is a Certified Quebec Forest Producer. His farm in Maryland is enrolled in the Forest Stewardship Program. With Colin Scott as leader, the Cree Nation of Wemindji, and many colleagues he has helped plan for a culturally appropriate protected area of over 4000 sq. km. in the vicinity of the Old Factory and Poplar Rivers in Quebec. He served as the “steward” of Walker Pond in Maine. In 1995 he was named “Tree Farmer of the Year” in Garrett County, Maryland. He is a member of Religious Society of Friends. 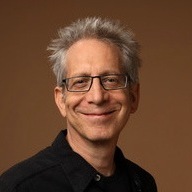 Dennis Foon,  Life Above All, his screenplay directed by Oliver Schmitz (Paris, je t’aime) was in Un Certain Regard at the 2010 Cannes Film Festival, winning the Prix Francois Chalais, and was on the Oscar shortlist for Best Foreign Language Film. A Shine of Rainbows, the feature film he wrote with director Vic Sarin (starring Aidan Quinn and Connie Neilsen) premiered at the 2009 Toronto Film Festival, played at over 30 international film festivals, and won 11 awards. He has received the Gemini Award, two WGC Awards, three Leos, and the Robert Wagner Award for his screenplays, which include Little Criminals, White Lies (International Emmy Nominee), Torso (Gemini winner for Best Movie) and Society’s Child for CBC (Blizzard Award, Best Movie, Gemini nominee, Best Movie) and Terry, the acclaimed CTV movie about Terry Fox. He has written five award-winning YA novels including the sci-fi/fantasy trilogy, The Longlight Legacy, which has been published in five countries.

Rebecca Foon is an urban planner dedicated to integrating a holistic understanding of sustainability in growing healthy communities. She is an accomplished organizer and facilitator, sustainability management systems creator, sustainability assessment leader, and green building consultant. She has extensively researched water-related enviromental issues in North America and India in partnerhsip with the Indian Institute of Management. More recently, she worked as a sustainability/creative consultant for Planet Green's urban environment television series Wa$ted (Discovery Challen), and is the LEED coordingator for Proment Development's new residential development project targeting LEED gold in Montreal, Canada.

A complete copy of the discussion can be downloaded here.

If you are interested delving further into this subject, the Vancouver Sun published a fascinating article entitled ‘Prosperity without growth is possible’.

For more information on the concept of 'economic degrowth' and its accompanying movement, take a look at the website for the Conference on Economic Degrowth for Ecological Sustainability and Social Equity.

Taking a different approach to growth, the Canadian Task Force on Social Finance prepared a report in where they detailed strategies for mobilizing capital for social enterprises. This is a form of growth that focuses on social capital as well as economic capital.

The Center for a New American Dream has produced a sketch animation video on the concept of a “Plentitude” economy, an economic model alternative to continual growth.

Andrew Revkin prepared an article for the New York Times discussing Naomi Klein's cover story for the Nation entitled, "Capitalism vs. the Climate".

Monique Leroux's, President and CEO of the Dejardins Group, scintillating speech delivered to the Toronto Board of Trade has been prepared into a transcript, "Tale of Two Cities".

Economics Unmasked: From Power and Greed to Compassion and the Common Good, written by Manfred Max-Neef, an award winning economist, and Phillip B. Smith, a physicist with a devotion to social justice, provides a well-constructed argument on how our dominant economic system is failing humanity and prosperity lies in a shift to a system that emphasizes social justice and compassion.

The Guardian released an article discussing recently found evidence of a potential "decoupling" between consumption and economic growth.  "Why is our consumption falling" describes an interesting trend in the United Kingdom of a decline in material resource usage occurring from 2001 (to current) while the economy was still growing.