The International Renewable Energy Agency mentioned that by 2030 the total could increase to 24 million jobs around the world! 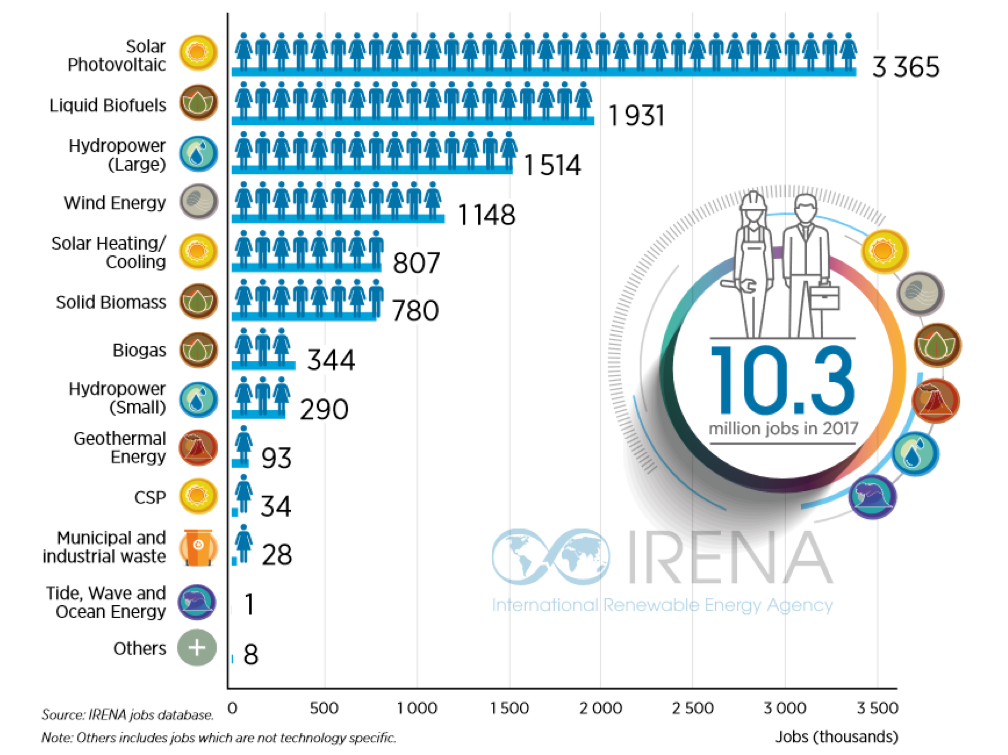