In 60 years, our home city of Victoria, British Columbia will likely feel more like Seattle, Washington. And while that doesn’t sound drastically different, a typical summer in Seattle is 3.3°C warmer and 24.3% wetter than summer in Victoria. Winter in Montreal, however, will be 9.5°C warmer, not dissimilar to Chester, Pennsylvania, a U.S. city more than 700 km away.

To improve climate change communications and to make it more accessible to the public, a group of researchers from the University of Maryland created an interactive map that illuminates how climate could change should we continue our business-as-usual scenario. “What will climate feel like in 60 years” forecasts 2080 temperatures and precipitation levels across 540 cities in Canada and the U.S. According to the CBC, they used average city temperatures from 1960 to 1990 and subsequently made projections using IPCC data. To make their predictions more accurate, they also included variables for each city. Users can view data based on two emissions level: “current high emission” and “what if we reduce emissions?”. Their goal for the project was to resonate with people and to help them better understand these changes, according to Fast Company. Their straightforward, user-friendly visualization certainly hits home if you live in one of the many North American cities represented.

Learn more about this study in Nature Communications 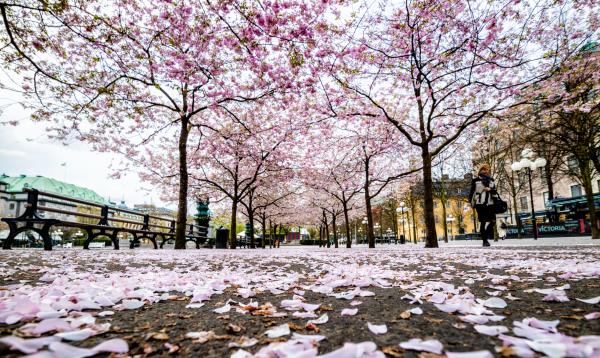