As the world ramps up to the next climate summit, COP-26, being held in Glasgow, Scotland, October 31st to November 12th, we are still a long way away from even approaching the aspirational Paris agreement to hold global warming to well below 2 degrees C, with an aspirational limit of 1.5 degrees C.  Staying within this threshold requires carbon emissions to fall by 45% this decade, despite the Nationally Determined Contributions (NDGs) from the US, the UK, the EU and others, in total commitments so far would lead to a 16% rise in emissions.

There are three critical steps that must be taken for success. Rich nations must meet their longstanding pledge that developing countries receive $100 billion a year in financial assistance to help them cut emissions and cope with the effects of extreme weather. So far, only 79.6 billion has been mobilized for climate action, according to OECD data. There may be hope, however, as Canada has doubled its international funding in June, pledging $5.3 billion over the next five years, and the US announced it would also double its contribution to $11.4 billion by 2024. 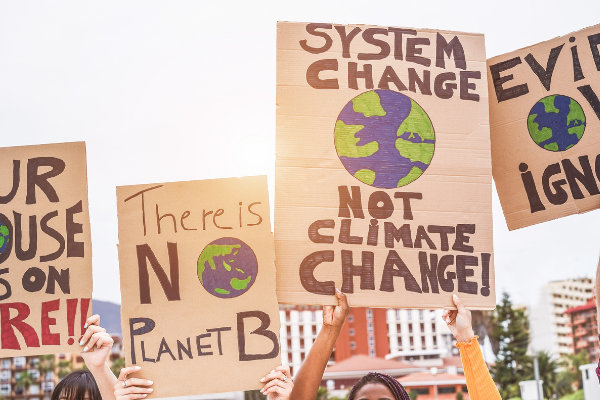 Photo by DisobeyArt from Getty Images/Canva

There may be even more strategic alliances, partnerships and NGO coalitions that will pressure government leaders to take the right road forward than happened in Paris. Youth4Climate, a youth meeting pre-COP called on rich nations to fulfil their long-standing promise in climate funding to developing nations for adaptation to and minimizing the effects of climate change. The private sector has an absolutely critical role to play in an effective and practical partnership with governments, NGOs, charities and individuals, which Prince Charles calls ‘a coalition of the willing’. Unlocking the enormous investment potential in the private sector and its leadership could accelerate the world towards a game-changing green transition now.

The G20 are meeting before COP26, and developing nations are calling on the G20 group of advanced economies to step up with tougher emissions reduction targets and financial aid for the poorest, to make this month’s climate summit a success. The G20 are responsible for 80% of global emissions. There are conflicting views on its potential for success.

[Greta Thunberg] “I am not optimistic. Nothing has changed from previous years really. The leaders will say we’ll do this and we’ll do this, and we will put our forces together and achieve this, and then they will do nothing. Maybe some symbolic things and creative accounting and things that don’t really have a big impact. We can have as many COPs as we want, but nothing real will come out of it.” Youth are not hopeful that it will go beyond more ‘blah, blah, blah’. 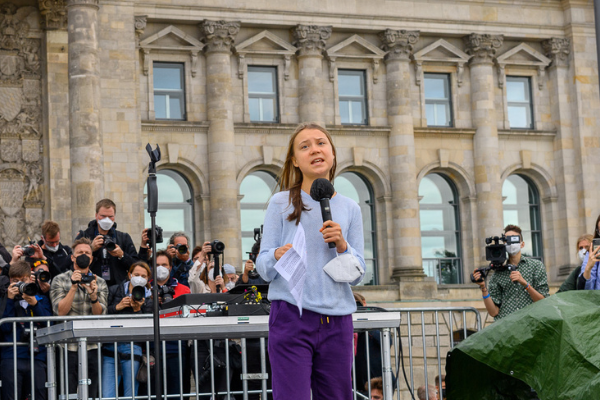 On the other hand, John Kerry, states, “The measure of success at Glasgow is we will have the largest, most significant increase in ambition [on cutting emissions] by more countries than everyone ever imagined possible. A much larger group of people are stepping up,” he said in an interview with the Guardian. “I know certain countries are working hard right now on what they can achieve.”

Perhaps, climate justice will prevail given the dire scientific warnings about not acting now. Imagine, if the world’s countries committed to ending all oil and gas subsidies tomorrow, how much money would be available for climate justice and accelerating the take-up of climate innovation.