Charging for plastic bags at grocery and retail locations was predicted to be a huge drawback for businesses when it was implemented in some countries. The stats we have today show that not only is that not the case, and in fact most people readily either embraced re-useable bag use, or leaned to re-use older plastic ones. The reality is that it’s not only that some people want to save the environment, it’s that most people want to save their hard earned dollar. The data reveals that a plan to charge for bags, when nationally implemented, can cut the consumption of the plastic sacs by as much as 80, 90 or even 100%, which in Scotland’s case that means 4000 tonnes of plastic and 2,500 tonnes of CO2 equivalent aren’t getting into the landfills or the air. In larger Canadian cities, the debate is still on as to whether we should ban bags outright as they did in South Africa over a decade ago, or just continue to allow some retailers to charge for them (or as is the case in big chains like Wal-Mart, give them away). The facts coming in now after seeing several nations implement pay-based usage or outright bans, is that a significant amount of good can be accomplished by bringing a reusable bag when you go out to shop. Not only for the environment, but also for the many charities some bags you can purchase (and re-use) support. 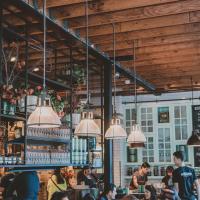