The climate crisis has catalyzed the mass movement and displacement of humans and wildlife alike. Increases in extreme weather, sea-level rise and water and food shortages have the potential to displace over 1 billion people by 2050. Changes in temperature and precipitation have already driven approximately 50% of wildlife species to shift their geographical ranges and find more suitable places to live. This mass exodus of people and wildlife highlights the need for an alternative and intersectional approach to conservation that weaves together climate science and human rights. In a recent study, researchers outlined four conservation concepts to facilitate a just and effective response to the climate crisis. Firstly, mobile protected areas with dynamic boundaries that can adjust according to future environmental changes and corresponding wildlife displacement. Secondly, wildlife corridors and other connectivity measures that facilitate large landscape connectivity and allow wildlife dispersal. Thirdly, Indigenous and Community Conserved Areas (ICCAs) that place culture and self-governance at the heart of conservation and work to protect the well-being of both the environment and Indigenous and traditional communities. In Canada, Indigenous Protected and Conserved Areas (IPCAs) serve a similar function as ICCAs. The last concept is ex situ conservation, a practice that facilitates the protection of species outside their natural habitat including seed banks, captive breeding programs, aquariums and zoos. The climate crisis presents many conservation challenges, but also the opportunity to bridge conservation and human rights so both fields can inform each other and work to simultaneously address the climate crisis and biodiversity loss. 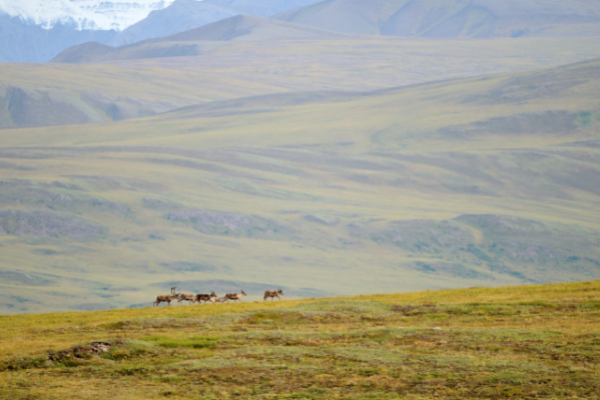 Photo by Mlharing from Getty Images/Canva