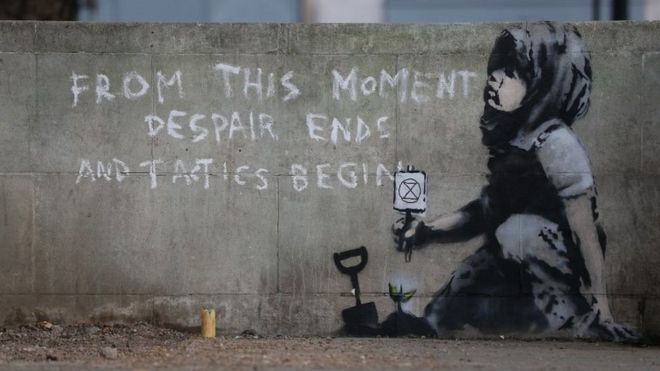 “From this moment despair ends and tactics begin.” These are the words brandished across a new mural that suddenly appeared near London’s Hyde Park. Located at Extinction Rebellion’s Marble Arch basecamp, this work has Banksy written all over it. The mural depicts a young girl sitting on the ground near a newly-planted seedling while holding a sign featuring the Extinction Rebellion logo—a symbol for extinction that some argue is becoming this generation’s peace sign. While the infamous yet anonymous street artist has yet to confirm its authenticity, it is reminiscent of previous works referencing climate change, global warming, and air pollution.