The ongoing situation in British Columbia has prompted the government to declare a provincial state of emergency. While 550 fires are burning throughout the province, many regions are under evacuation orders. The air quality advisory has become the longest on record, with current conditions in the most populated cities categorized as “very high (health) risks”. The province is currently recommending that people stay indoors and close their windows. Several cities in Alberta are also being affected by the smoke from what seems to be the 3rd largest wildfire season on record in the history of BC! 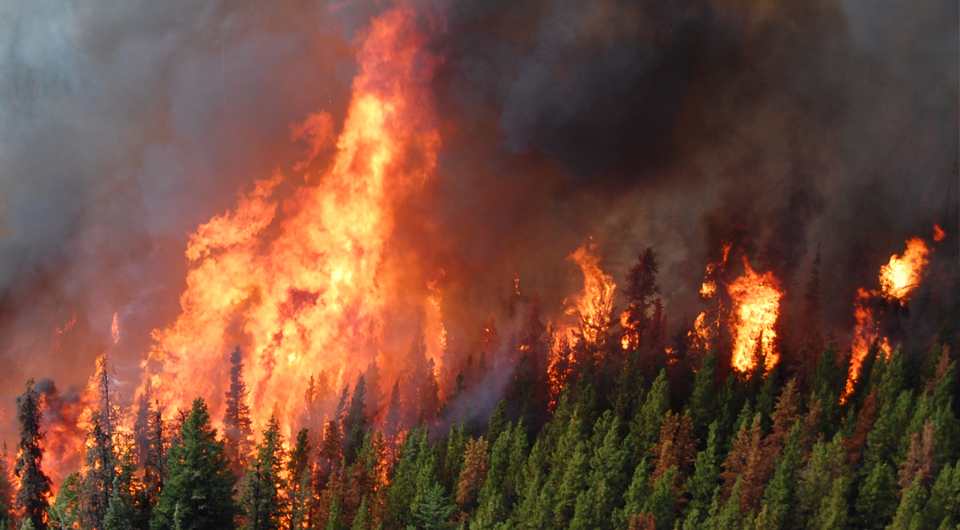 It might come as an unpleasant surprise, considering the largest recorded wildfire in BC by far took place last year. In digging deeper into historical wildfire data, it’s been established that over the past 13 years, every province and state along the West Coast of Canada and the US have experienced the largest wildfires in history. This proves that these hazards are not just by chance. While human-caused fires have declined, wildfires are increasingly being triggered by natural causes, which are clearly exacerbated by climate change.

The following visualization depicts the years when the largest wildfires affected the different provinces and states. 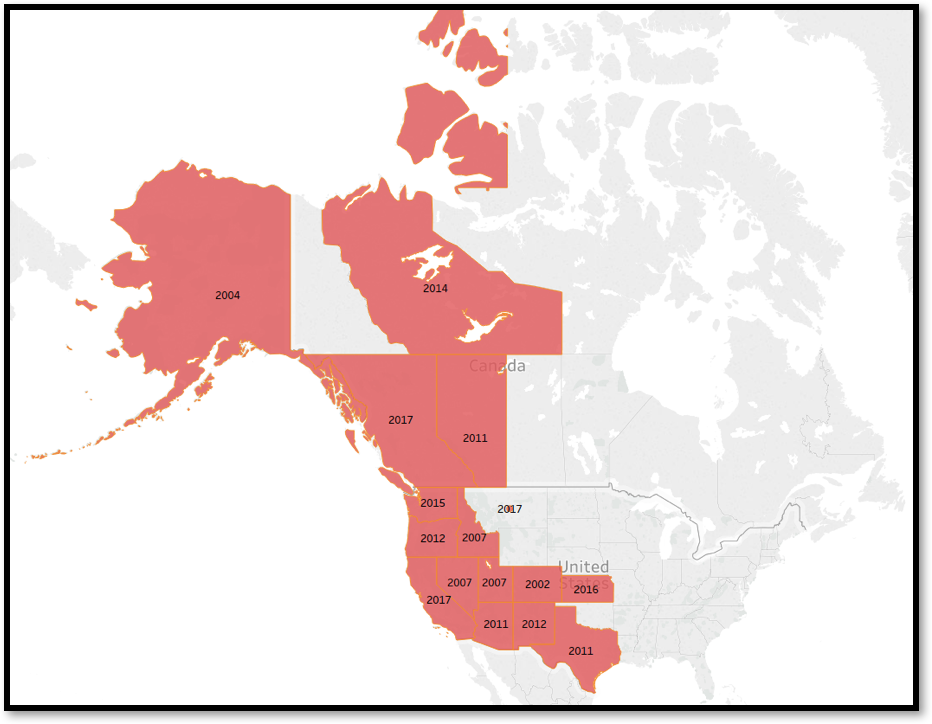