One Man’s Leather is Another Man’s Poison

Pollution from industrial processing, tanning, lead smelting, and other toxic operations cause three times as many deaths in developing countries as malaria, and 35% as many deaths as from smoking. Not only do the workers suffer debilitating effects and shorter lifespans from days spent in toxic smoke, spilled lead, or chemical runoff, but the soil, rivers, and air become contaminated in a manner that is harder to contain. A very small, but encouraging, sample of ten toxic sites have successfully become cleaner and safer. The fixes are not expensive, and are prevented more by a lack of bureaucratic assistance and attention than by anything else. 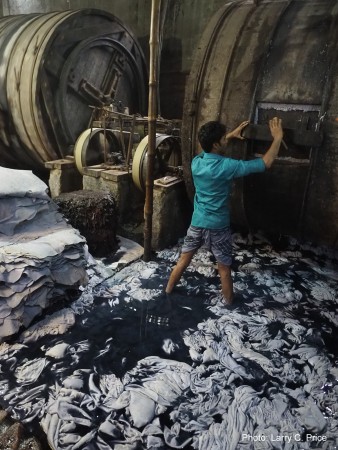 Image caption: A worker stands ankle-deep in toxic chemicals used to tan skins at a leather factory in Dhaka, Bangladesh.