I am the Lorax, I speak for the Trees

Various news reports over the last several weeks have been talking about the heat wave currently affecting Europe, the drought affecting central Canada, and last month on the news they issued an air quality advisory for Vancouver due to wildfire smoke. Extreme weather events will become more and more common as we reach more and more tipping points and synergistic threshold effects. And yet, we elect political leaders who are determined to keep us mired in the ‘same old, same old’, narrowing the time frame while we still have a range of options and the resources to change our current development paths.

“I am the Lorax, I speak for the trees”. Let’s speak up now for ourselves, the planet and all species and demand climate innovation everywhere before there is only one Truffula tree remaining. 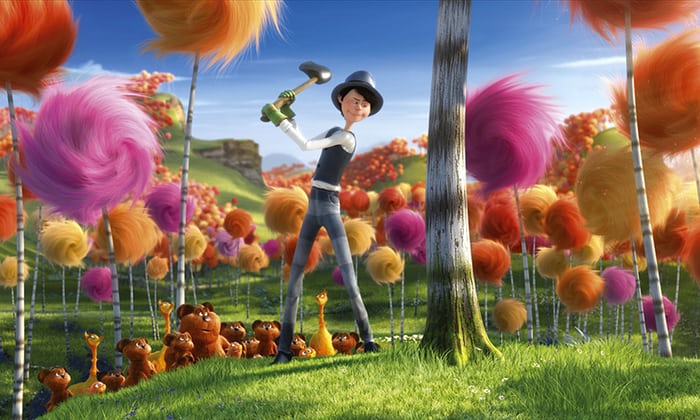 Truffula trees depicted in the 2012 film adaptation of The Lorax. Photograph: Allstar/Universal Pictures’SportsphotoLtd./Allstar