Public transit may not be as green as you think according to this Star article. In addressing climate change, many consider “robust networks of transit lines” as key to lowering greenhouse gas emissions. This new publication, however, suggests otherwise. According to its first author, Assistant Professor Shoshanna Saxe of the University of Toronto, it could take decades to offset carbon emissions produced during the construction of new subway lines. For example, Saxe estimates the equivalent of 168,000 metric tons of carbon dioxide was generated during the 8-year building phase of the 5.5 km Sheppard Line in the Greater Toronto Area. Extraction and processing of building materials, construction site energy consumption, as well as material and site worker transportation, are just some of the contributors. The study, however, concludes with potential solutions that address construction materials, zoning policies, and densification (see page 273). Perhaps a key takeaway is that such projects should factor in environmental, economic, and social costs before, during, and after construction..

Be sure to check out the full article here or visit Wired to learn more about the research. 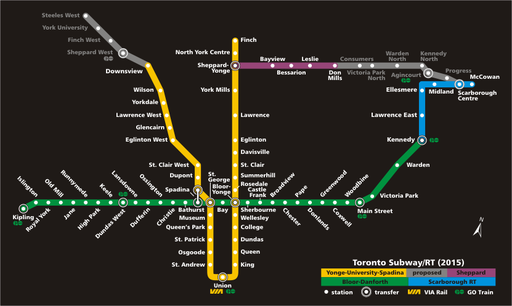