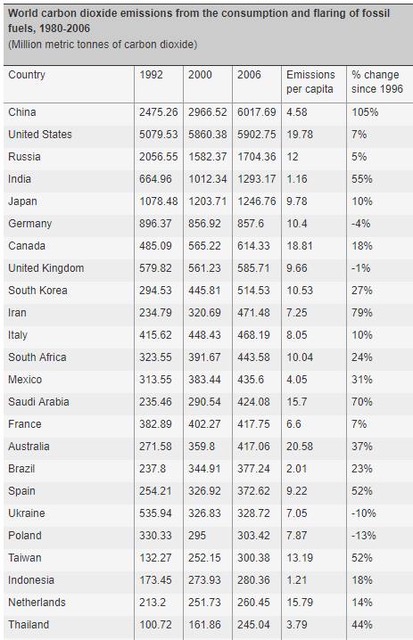 The Internet is both a force for dark and light. In today’s post-truth world, it is important to get the facts right. It is also a source of light as it can make connections and inform more people than ever before. I recently posted on Facebook a chart that depicted which countries had the largest carbon footprints. My beloved brother replied that having a huge population is not an excuse for being the biggest contributor to global warming and referred me to this chart from the Guardian, Carbon emissions per person, by country.