A crucial component of precipitating large-scale systemic change required to fight the climate crisis is collaboration and partnerships across industries and sectors. Referred to as a ‘coalition of the wiling’ by Prince Charles, businesses, governments, NGOs and public figures are negotiating individual and collective climate action plans at the ongoing COP26 in Glasgow, Scotland. In particular, the private sector has the ability to unlock enormous investment potential and show corporate leadership in combating the climate crisis. At the forefront of private sector climate action is IKEA, one of the largest privately-owned companies in the world. At COP26, IKEA is an official partner guided by the slogan “Let’s assemble a better future.” This multinational conglomerate has committed to limiting the global temperature rise to 1.5 degrees Celsius above pre-industrial levels. To reach this Paris Agreement goal, IKEA has set out targets, including achieving net-zero shipping by 2040, net-zero deliveries by 2025 and climate positive by 2030. Not only has IKEA engaged in individual action, but they have also collaborated across the private sector. IKEA has joined the We Mean Business Coalition and Business for Nature’s Call to Action, urging leading businesses to increase climate ambitions and governments to adopt policies to reverse nature loss. 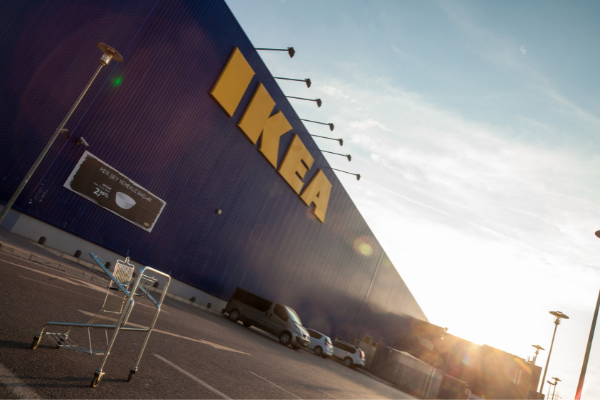 Photo by Kwanisik from Getty Images/Canva