Check out this SSHRC funded research project called MediaToil, that is researching the competing media representations of Canada’s bituminous sands - also known as oil or tar sands - as seen through the promotional images and documents created by key stakeholders. They are interested in how the representational struggle over Alberta’s oil sands has played out in the publications and campaigns of select oil sands stakeholders. Starting from the oil sand’s commercial development in the late 1960s, this project will offer a detailed historical analysis of text and images produced in public documents and campaigns by select industry, government and civil society actors.

Of interest are the attributes of these competing media representations, how these representations have developed over time, and how they underwrite the contemporary discursive and visual conventions of the oil sands debate.

Check out this University of Ottawa article to learn more about the project. 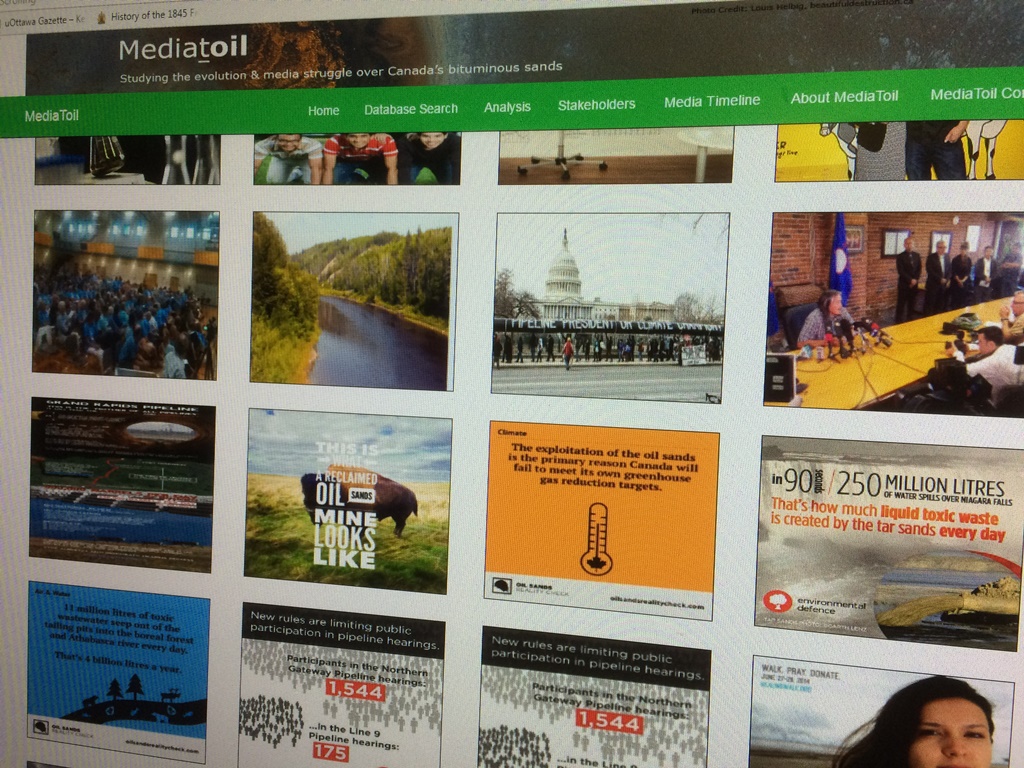 A small sample of the hundreds of photos in the MediaToil database that illustrate Canada’s oil sands debate. Image via UOttawa.