What if you could learn about climate change through taste? And better yet, while eating ice cream? Jonathan Keats, a conceptual artist and experimental philosopher, calls this new process data gastronification. He literally wants to activate the emotional cognition of people’s stomachs so they have a “gut feeling” about the urgency of climate change.

Keats’s ice cream experiment mirrors a climate model containing a system of feedback loops developed by a University of Toronto computer scientist. This Fast Co.Exist article explains that each sorbet ingredient (12 in total) represent different parts of that system. For example, sugar activates a stomach receptor called TRPM-5, and represents greenhouse gases, while citric acid embodies aerosols. Tapping into the emotional cognition of our stomachs can be an effective approach as our gastrointestinal tract is incredibly sophisticated and often referred to as our second brain, according to this Seeker article. Keats served his icy concoction at the Berlin STATE Festival on November 4th—the day the Paris Climate Agreement becomes legally binding. He ultimately hopes his sorbet project will communicate the wicked problems facing the world in a new and meaningful way. 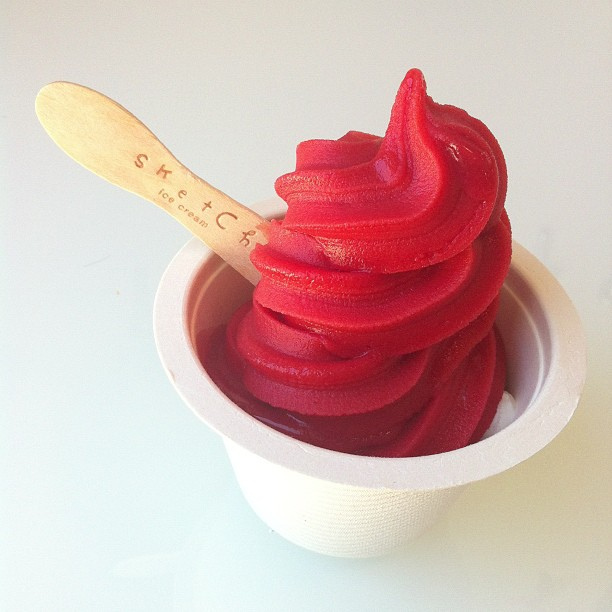